7 October 2022
by: PHSU
MANILA, PHILIPPINES — With life slowly easing into ‘normalcy’ post-pandemic, our local, home-grown athletes were given the once-in-a-lifetime opportunity to be trained by Olympian and world-renowned skaters for the month of October.

The intensive training spearheaded by Gossard, one of the senior coaches of the ISU Center of Excellence, gave her expertise on edges, artistry and technical elements. The camp was conducted in the morning, both on and off-ice, from October 1-5. Some skaters opted to enroll in one-on-one private lessons from Gossard as well.

“They’re very artistic. They emote pretty well. They’re beautiful to watch and they work pretty hard. They do it because they love it. I think in some places you go (to), they’re being pushed more. Them [Filipino skaters] actually choose themselves to do it, which is nice to see,” the former Jr. World athlete shares.

Thirteen skaters aged 10-19 and eight coaches participated, some coming from as far as Cebu City; an hour flight away from Manila.

Gossard hopes that both skaters and coaches create more body movement awareness in order to maintain the newly-introduced techniques as these don’t “change over a day”.

“I expect them to have a better understanding of the fundamentals in skating. They skate, but do they understand what’s creating the movement, like every step behind each movement, or why it’s happening? It kinda has to be something repeated. It’s nice that the coaches are here at present so they can hear and keep pushing for something that they learned as well.”

On the other hand, the Short Track Speed Skating Camp led by Guilmette recently kicked off last October 3 and will run until the 19th, lasting for two weeks. These will be conducted both on and off-ice as well, focused on improving the endurance and agility of the skaters.

This is a huge boost for the sport, having been introduced in the country just last 2017. “We really need the help in order to elevate the standards of teaching, as well as the techniques of our own skaters,” remarks PHSU’s President, Nikki Cheng.

“The plan that I got in my head right now, really, is to try to help the coaches, maybe more in the athletes,” Guilmette said. ”I’ll be here for two weeks with them. It’s nice. I want to mentor and educate the coaches, and after that, like the coaching is gonna come to them even if i’m not there anymore.”

“I’m not claiming to do something really different, I think skating is skating in the end. There’s going to be different ideas, new ideas, different exercises or different ways of approaching training and things like that.”, the three-time Olympic medalist shares. ”To kind of bring an outsider view and try to help out.”

The intensive training camps are not only designed for the athletes but also integral to the coaches’ development.

The camps are made possible through the ISU Development Projects initiative, a yearly application given to skating federations, where the PHSU emerged victorious having granted both. 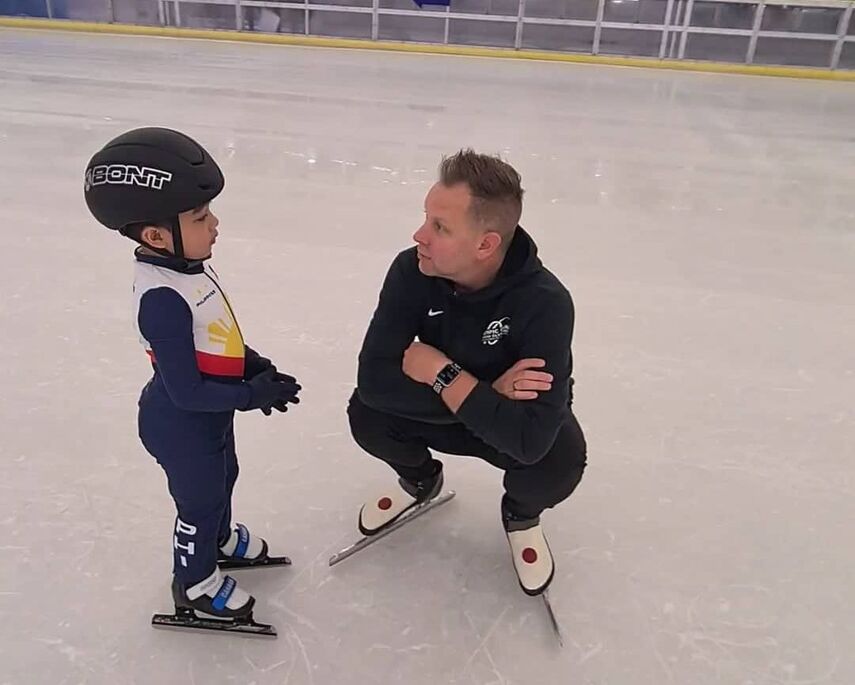